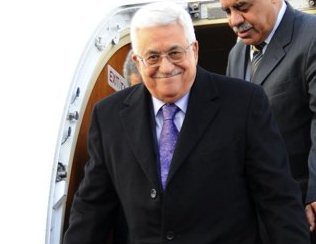 Rivlin's spokesman said the president, whose role is mainly ceremonial, told Greenblatt the "building of confidence between Israelis and Palestinians was a first and critically important step toward any possible solution."

Greenblatt thanked Rivlin for his thoughts on how Israelis and Palestinians could live side by side, a statement from the president's office said.

He was expected to visit a Palestinian refugee camp and meet religious leaders before leaving on Thursday.

Before the visit, U.S. officials said he was seeking to lay the groundwork for renewed peace negotiations between Israelis and Palestinians.

A U.S. consulate statement on the meeting with Abbas on Tuesday evening said the two men reaffirmed their commitment to a "genuine and lasting peace between Israel and the Palestinians."

"President Abbas told Mr Greenblatt that he believes that under President Trump's leadership a historic peace deal is possible," the statement said, adding that Abbas committed to tackling Palestinian incitement.

"Greenblatt underscored President Trump's commitment to working with Israelis and Palestinians to achieve a lasting peace through direct negotiations."

The meeting followed five hours of talks with Netanyahu in Jerusalem on Monday night.

The peace process has been deadlocked since April 2014 following the collapse of indirect negotiations led by then US secretary of state John Kerry.

The visit comes after Trump cast uncertainty over years of international efforts to foster a two-state solution to the conflict when he met Netanyahu at the White House last month.

At that meeting, Trump broke with decades of U.S. policy by saying he was not bound to a two-state solution to the conflict and would be open to one state if it meant peace.

The consulate statement Tuesday said Abbas stressed to Greenblatt the two-state solution was the best route to peace, but did not give the U.S. envoy's response.

Settlements in the occupied West Bank are also a key area of contention.

The international community considers continuing settlement growth in the West Bank a major obstacle to peace.

Israeli media reported on Wednesday that Netanyahu expects to reach understandings with the United States on settlement construction in the West Bank in the coming weeks.

The Jerusalem Post newspaper reported Netanyahu had discussed with Greenblatt plans to build a new settlement for residents of Amona, an outpost that was demolished last month in accordance with a high court ruling.