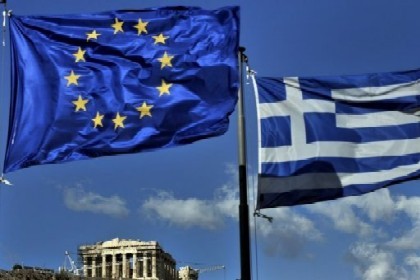 Jens Spahn, state secretary at the finance ministry in Berlin, said he expected creditors including the International Monetary Fund would be able to iron out lingering differences over Greek reforms.

"That is and remains the condition for the continuation of the aid program as well as the financial participation of the IMF," he told AFP in an interview Tuesday.

"I continue to be optimistic that that will happen soon."

But disagreements remain on further reforms including labor rights and the partial privatization of Greek near-monopoly electricity provider PPC -- both thorny issues for the leftist-led government of Prime Minister Alexis Tsipras.

Greece and its creditors agreed a third, 86-billion-euro ($94-billion) bailout deal in July 2015.

But the IMF has so far refused to take part after two prior programs on the grounds that the targets were unrealistic and Athens' debt mountain unsustainable.

A compromise is required to sign off on a second review of the bailout program and unblock a tranche of loans Greece needs for debt repayments of seven billion euros in July.

Additional debt relief for Greece has proved a contentious point for many of its European creditors including Germany, where additional concessions are unpopular with an electorate called to a general election in September.