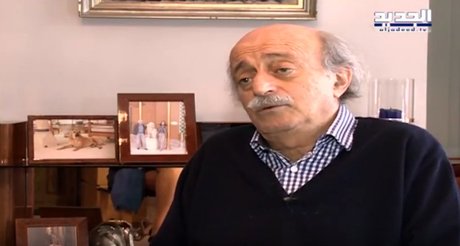 Progressive Socialist Party leader MP Walid Jumblat announced Thursday that he would accept an electoral law fully based on proportional representation “if it is based on certain districts that take minorities into account in the current sectarian system.”

In an interview with al-Jadeed television, Jumblat also stressed that there is no parliamentary vacuum in the constitution and slammed a proposed electoral system that involves sectarian voting in the first round as a “segregationist law.”

“I have suggested a solution, but there are other solutions. I don't mind the other solutions but no to the (sectarian) qualification system,” the Druze leader went on to say.

Lambasting the qualification system as “outdated” and “a heresy,” Jumblat underscored that it is categorically rejected and that his ministers would vote against it should it be raised in Cabinet.

“We are seeking agreement and partnership, not to topple the balances, and we reject the qualification system because it undermines partnership and produces segregation and disintegration,” Jumblat added, emphasizing that “there can be no electoral law without consensus.”

He also reassured that “the elections will take place” and noted that his “only ally during this period is Speaker Nabih Berri.”

Asked about calls for creating a senate, Jumblat said the constitution stipulates the abolition of political sectarianism as a precondition for the creation of a senate while noting that that there is a 1989 agreement on allocating the presidency of the senate to the Druze community.