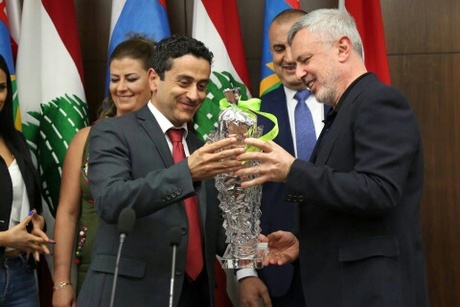 Marada Movement chief MP Suleiman Franjieh has emphasized that “the strength of Christians lies in endorsing the thought of openness, national integration, coexistence and the creation of a civil state.”

“But isolationist thought is a segregationist thought, even without an announcement, and the proof is what is being raised today about the electoral law regardless of the many formats,” Franjieh added.

“What's important is to reflect people's will and respect it regarding the choice of their representatives, regardless of the candidate's affiliation,” he went on to say.

I Agree with what he says. Christianity is openness and love of others.

Just make sure openness doesn't equate with gullibility (and greed), which is how Iran imposed it's primitive ideology in Lebanon.