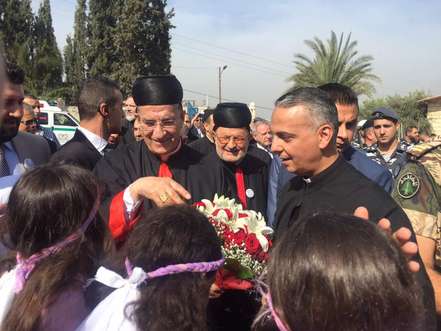 Maronite Patriarch Beshara al-Rahi on Sunday issued a strong new warning against a new extension of parliament's term and against the possibility of reaching a so-called parliamentary “vacuum.”

“Throughout twelve years, our political officials have not been able to approve a new electoral law, due to failure to endorse the same principled standards and because each group wants the law that suits it regardless of others,” al-Rahi said during a mass in the southern city of Tyre.

“Despite of this, we are still hoping and praying... that they will be able to agree on the appropriate law,” the patriarch added.

“Beware of an extension of parliament's term, because that is a usurpation of the legislative authority and people's will and a grave violation of the constitution, and beware of vacuum, because it would destroy state institutions,” al-Rahi warned.

Al-Rahi had recently announced that it is better to hold parliamentary elections under the current law than to extend the legislature's term anew or plunge the country into parliamentary “vacuum.”