LF and Marada Seek to Normalize Ties in Mutual Visits 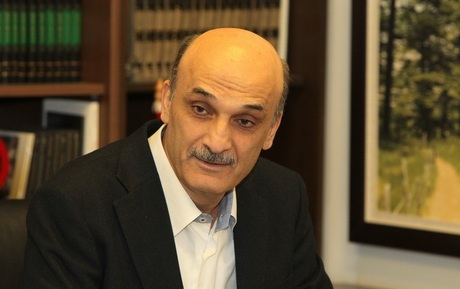 Marada Movement official and ex-minister Youssef Saade has visited Lebanese Forces leader Samir Geagea in Maarab and talks between the two men tackled the course of the relation between Marada and the LF in addition to important political issues, media reports said.

Saade's visit to Maarab “is part of the mutual coordination between the LF and Marada, amid a common desire to turn the page on the disputes of the past and establish a relation in which the controversial issues would be put aside, despite disagreement on major topics such as the Syrian crisis and the relation with Hizbullah,” LF sources told al-Joumhouria newspaper in remarks published Wednesday.

“What has been achieved so far between the two parties is very important in terms of reducing the areas of dispute and tension,” the sources added, noting that a thorny issue such as normalizing the Lebanese government's ties with Damascus “has not affected communication” between the two parties despite their conflicting viewpoints on the issue.

Saade's Maarab meeting had been preceded by a visit by LF ministers Ghassan Hasbani and Melhem Riachi to Marada Movement chief MP Suleiman Franjieh. “The LF's Zgharta department also organized its annual ceremony in Ehden, in an unprecedented step that witnessed the participation of a huge LF crowd, a sign that the relation has been normalized within the framework of accepting the other and political pluralism,” the LF sources added.

The sources however noted that “the joint will for openness, cooperation and coordination will not necessarily lead to an electoral alliance, but rather to putting all options on the table.”

Marada and the LF have been historically at odds in connection with a 1978 civil war massacre. Marada accuses the Lebanese Forces of carrying out the carnage, in which Suleiman Franjieh's father, mother, infant sister and around 30 Marada supporters were killed.

Franjieh is a snake to say the least.