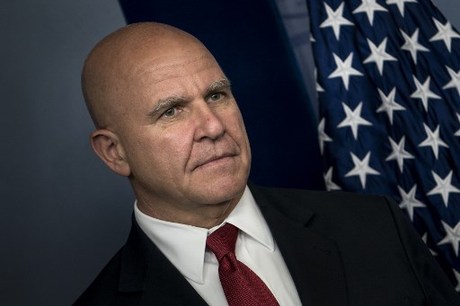 The U.S. official assured the premier of “the American administration's commitment to Lebanon's stability and its support for the state and its legitimate institutions,” Hariri's office added.

The talks come after Hariri announced Wednesday that he was suspending his resignation pending talks with the Lebanese parties, after he returned from a mysterious, nearly three-week-long stay abroad.

Hariri had caused widespread perplexity on November 4 when he resigned during a TV broadcast from Saudi Arabia, citing assassination threats as well as the policies of Hizbullah and Iran in Lebanon and the region.

His resignation had raised fears of an escalation between the region's Sunni and Shiite powerhouses Saudi Arabia and Iran.

is Hariri=Saudis commited with the Stability!!???when is the next "positive chock"!!!?? the Saudis only because that Egipt do not support the Insane Monarchy that controls Meca in the daesh behavour that the deasease lunatics Saudis have against the Head of Cristhians in Lebanon, only for that send a clear message to Sissi, a message to Egipt State that only the Saudis madness can do in Sinai...