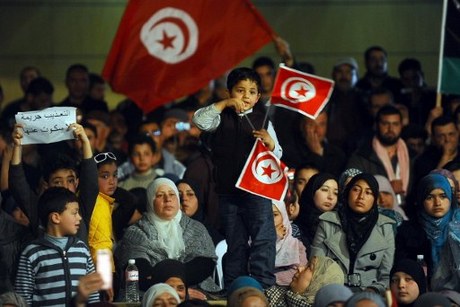 Controversial security measures taken by the United Arab Emirates against Tunisian women trying to travel to the Gulf state were prompted by fears of a terrorist attack, Tunisia said Monday.

Since Friday Tunisian women and girls have been delayed for hours as they look to board flights to the UAE, sparking outcry in the North African nation.

Passengers said the only explanation they were given by airline staff was that women holding Tunisian passports were not allowed to travel to the UAE.

In response Tunisia on Sunday suspended Emirates flights between Tunis and Dubai.

The information indicates that with jihadists returning from Syria and Iraq, there is "a possibility of a terrorist attack involving either Tunisian women or women carrying a Tunisian passport," Garrach said, suggesting that they could be using false identities.

"We highly value Tunisian women and respect them," he said on Twitter.

But Tunisian official Garrach insisted that while his country could understand the UAE's concerns, it cannot "accept the way Tunisian women have been treated."

Tunisian rights groups have condemned the UAE measures as "discriminatory and racist."