Merkel Calls for End to 'Massacre' in Syria 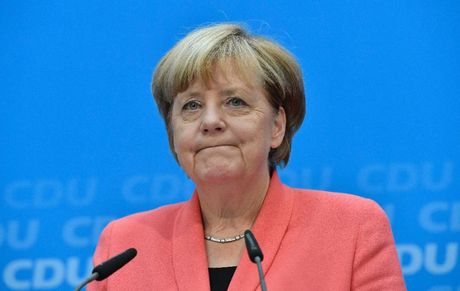 German Chancellor Angela Merkel on Thursday called for an end to the "massacre" in Syria after fresh air strikes on a rebel-held enclave in the war-torn country killed another 13 people.

Condemning the Syrian regime for targeting "its own people", Merkel said: "The killing of children, the destruction of hospitals -- all that amounts to a massacre that must be condemned and which must be countered with a clear no".

At least 335 civilians have been killed since Sunday in the besieged enclave of Eastern Ghouta near Damascus as regime forces intensified their bombardment of the site.

On the eve of a European Union summit, Merkel told the German parliament that the dire situation in Syria requires the bloc to seek "to play a bigger role" in ending the crisis.

"That is something that we as Europeans need to work towards," she said.

At the same time, Merkel also urged Iran and Russia -- both allies of Bashar al-Assad's regime -- to play their part in ending the killing.

"We must do everything to find an end to this massacre," she said, adding that German Foreign Minister Sigmar Gabriel would press the case with his Russian counterpart Sergei Lavrov.