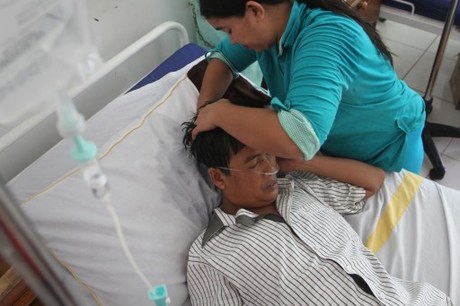 Eleven Indonesians died Sunday and several others are critically ill after drinking bootleg liquor, police said, days after the death of 24 others from illicit alcohol.

"We are investigating the shop that sold the illegal liquor," he said, adding no one had yet been arrested.

In a separate case over the past week 24 people have died in the capital Jakarta after drinking homemade liquor sold by a herbal drink seller.

The seller, who has been arrested, admitted he had mixed pure alcohol with Coca-Cola and an energy drink, police said.

There have been a series of deaths from bootleg liquor in the Muslim-majority country.

Police said they are chasing other sellers and distributors of homebrew. "We believe there is a big distributor behind this case," said East Jakarta police chief Tony Surya Putra of the 24 deaths.

Indonesia is home to the world's biggest Muslim population, but most practice a moderate form of Islam and alcohol is available in big cities.

In 2016 36 people died in Central Java after drinking locally-bought homebrew.