What We Know about the OPCW Mission to Syria 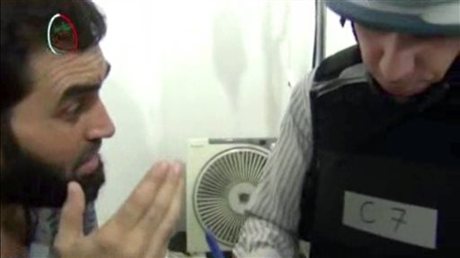 Inspectors from the Organization for the Prohibition of Chemical Weapons have launched their investigation into an alleged chemical attack near Damascus on April 7.

What exactly is the fact-finding team's mission, what will it be looking for, how independently will it be able to perform its duties and how significant will its findings be?

Here are some facts on the OPCW's Syria mission:

- Background on the OPCW -

The organization is based in The Hague, in the Netherlands. It is the implementing body of the Chemical Weapons Convention (CWC), which entered into force in 1997 and aims to eradicate chemical weapons worldwide.

The OPCW's fact-finding mission (FFM) was set up in 2014 "to establish facts surrounding allegations of the use of toxic chemicals, reportedly chlorine, for hostile purposes in the Syrian Arab Republic."

The OPCW received the Nobel Peace Prize for its efforts to eliminate chemical weapons in 2013 as it pressed a campaign that resulted the following year in the destruction of Syria's declared stockpiles.

The FFM arrived in Damascus on Saturday to investigate allegations chemical weapons were used in a strike on the town of Douma, just east of Damascus, on April 7.

Local medics said more than 40 people died as a result of the alleged chemical weapons attack, which most experts so far have speculated involved chlorine and another agent such as sarin.

Western powers accused the Syrian regime of conducting the strike and responded on April 14 with an unprecedented wave of missile strikes.

The OPCW team has so far held meetings with Syrian officials but is not believed to have started field work in Douma, where holdout rebels surrendered their weapons and agreed to leave after the alleged attack.

Its mission, which was requested by the Syrian government, is to determine whether chemical weapons were used but not who the perpetrator was.

The team "may take chemical, environmental and biomedical samples for analysis," the OPCW says. "Team members may also interview victims, eyewitnesses and medical personnel and participate in autopsies."

"There is no silver bullet -- in most cases, no single piece of evidence will be sufficient," said Ralf Trapp, a consultant and member of a previous FFM mission.

- Obstacles on the ground -

"U.N. as ​well as OPCW investigation teams rely on the advice and support of the U.N. Department of Safety and Security ​and their contacts with local actors," Trapp explained.

During their investigative work, the FFM teams are escorted by Syrian government officials.

Douma was held by rebel groups for six years and has been extensively damaged by the assault the regime launched on February 18. The army said mine clearing operations were currently under way.

Russia and the regime have both denied chemical weapons were used. Their forces have controlled the area where the attack occurred for days.

"Investigators will look for evidence that shows whether the incident site has been tampered with​," Trapp said, adding that they will also have to find ways of authenticating evidence that it presented to by third parties.

Most key players in the seven-year-old conflict have preempted the fact-finding team's results, including the Western powers that conducted Saturday's punitive strikes on the grounds that they already had proof.

Russia says that the Western claims were fabricated to justify strikes and that its forces have already investigated the site and found nothing.

Critics of the Western missile strikes have argued that military action could have waited for the OPCW's findings.

The team is expected to send a situation report shortly after beginning its field work but a final report typically takes weeks.