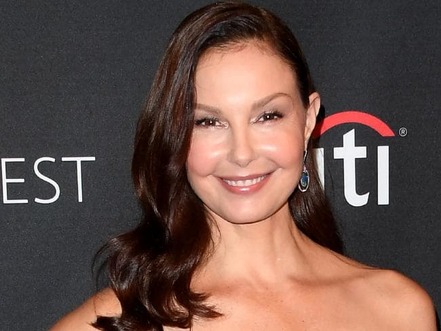 Actress Ashley Judd, one of the first women to publicly accuse Harvey Weinstein of sexual misconduct, sued the disgraced mogul Monday, alleging he defamed her after she rejected him.

The complaint filed in Los Angeles Superior Court in Santa Monica, accuses Weinstein of ruining her chance to be cast in the "Lord of the Rings" trilogy by making false statements to director Peter Jackson that he'd had a bad experience with Judd, calling her a "nightmare."

"With those baseless smears, Weinstein succeeded in blacklisting Ms Judd and destroying her ability to work on what became a multibillion-dollar franchise with 17 Academy Award wins and many more nominations," the suit states.

The document goes on to describe the "pathetic reality" that Weinstein was retaliating after Judd, 50, rejected his sexual advances a year earlier, when he allegedly cornered her in a hotel room under the guise of discussing business.

"A self-described 'benevolent dictator' who has bragged that 'I can be scary,' Weinstein used his power in the entertainment industry to damage Ms Judd's reputation and limit her ability to find work," it says.

Judd said in a prepared statement that any damages she wins will go to the Time's Up legal fund, "so that women and men in all professions may have legal redress for sexual harassment, economic retaliation and damage to their careers."

Weinstein has previously denied having any input into casting decisions involving "Lord of the Rings," which began pre-production work under the Miramax studio but later moved to New Line Cinema.

Oscar-winning Jackson worked with Weinstein and his brother Bob early in the development of "The Lord of the Rings," and has said the pair acted like "second-rate Mafia bullies."

The New Zealand director said he had no direct knowledge of sexual misconduct allegations against Weinstein, but that the producer pressured him not to hire Judd or Mira Sorvino.

"I recall Miramax telling us they were a nightmare to work with and we should avoid them at all costs. This was probably in 1998," Jackson was quoted as telling Fairfax New Zealand.

"At the time, we had no reason to question what these guys were telling us -- but in hindsight, I realize that this was very likely the Miramax smear campaign in full swing."

He spoke out in December as the number of women accusing the fallen mogul swelled to more than 100, with allegations ranging from harassment to rape.

"There it is, confirmation that Harvey Weinstein derailed my career, something I suspected but was unsure," Sorvino tweeted. "Thank you Peter Jackson for being honest. I'm just heartsick."

Weinstein's spokesman pointed out at the time that Judd appeared in two subsequent Weinstein films -- "Frida" (2002) and "Crossing Over" (2009) -- and said Sorvino was also considered for other films.