Dollar Builds on Gains ahead of Fed, Equities Struggle 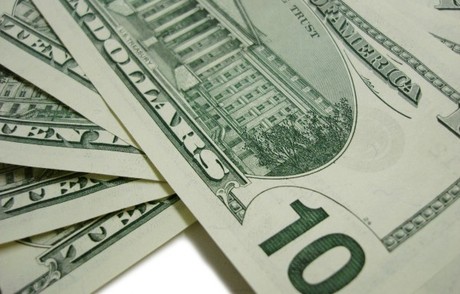 The dollar extended gains against its peers in Asian trade Wednesday as investors await a key Federal Reserve decision later in the day, but most equity markets dipped.

As the euphoria over the historic summit between Donald Trump and Kim Jong Un recedes, investors are focusing on macroeconomic issues with concerns over global trade causing some discomfort.

"With a rate hike widely expected, investors are focused on the Fed’s statement wording, economic projections and press conference for clarification on the future pace of interest rate hikes," said Jo Horton, a senior economist at St. George Bank in Sydney.

Speculation about further increases was fuelled by data Tuesday showing US inflation at a six-year high in May.

And Greg McKenna, chief market strategist at AxiTrader said: "With oil up, wage pressures apparently building, and the US economy bouncing back strongly in the second quarter, the (Fed) is likely to be fairly forthright in their ascertainment that rates will need to continue to be increased -- however gradually."

The dollar continues to enjoy support against most other currencies ahead of the Fed decision, with the pound hamstrung by British Prime Minister Theresa May's Brexit struggles after she made some big compromises to push through key legislation.

The euro is also slightly weaker ahead of the European Central Bank's own policy meeting on Thursday, where it is seen discussing winding in its crisis-era bond-buying stimulus.

- ZTE plunges --On equity markets Tokyo's Nikkei ended the morning with 0.3 percent gains as exporters were lifted by the weaker yen.

But Hong Kong dropped 0.5 percent with Chinese telecoms equipment maker ZTE collapsing almost 40 percent as it resumed trading after agreeing to pay a massive fine over its handling of a US sanctions violation.

The firm suspended trading in April after Washington said it had banned American companies from selling crucial hardware and software components to it for seven years.

However, that was reduced to a $1 billion penalty, plus another $400 million in escrow to cover possible future violations, after a deal was hammered out between the US and China.

On other markets Shanghai fell 0.4 percent, Sydney dropped 0.6 percent and Singapore was 0.8 percent lower. There were also losses in Wellington, Manila and Bangkok.

Oil prices extended losses just over a week before OPEC and its partners including Russia meet in Vienna to talk about a production cap deal that has been key to a recovery in the commodity for the past two years.

There are worries OPEC kingpin Saudi Arabia and Russia will push to lift their output ceilings, though they are said to be facing opposition from other members of the cartel, including Iraq.

Adding to the price weakness was a report showing a rise in US stockpiles that indicates easing demand.

-- Bloomberg News contributed to this story --