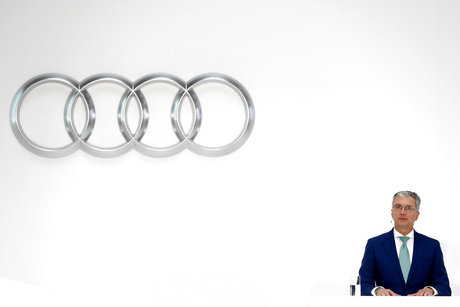 "The supervisory board of Audi AG has decided to transfer the duties of the board of management chairman (chief executive) to Abraham Schot on a temporary basis with immediate effect," the firm said in a statement, confirming earlier media reports.

Born in the Netherlands, Schot has been head of sales and marketing at Audi since September 2017, after joining the VW group in 2011.

Munich prosecutors and police swooped on Stadler early Monday morning, saying they aimed to stop him "seeking to influence witnesses or other suspects."

The dramatic arrest came a week after Munich authorities raided Stadler's home. They had charged him with fraud and falsifying documents that allowed diesel vehicles equipped with cheating software to be sold to European customers.

Stadler is the most senior executive yet to be detained in the dieselgate crisis, which started when the Volkswagen group admitted in 2015 to installing so-called "defeat devices" in some 11 million diesels worldwide that made them seem less polluting in lab tests than they actually were on the road.

The affected vehicles involved VW's own-brand cars, but also those made by Audi, Porsche, Skoda and Seat.

Audi is under particular suspicion that its engineers helped create the software used in the scam.

The change of CEO did not immediately spark major reactions from investors.