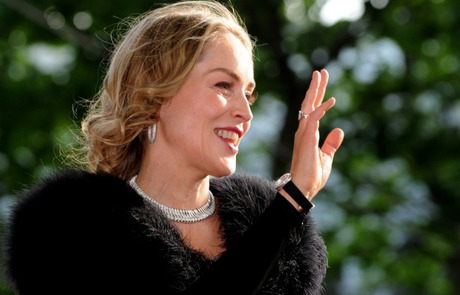 The migrant crisis has reached a "ridiculous moment" in the United States but it is a worldwide problem that underscores a "lack of humanity", US actress Sharon Stone said Monday.

"We all know there is a ridiculous moment at our border, but there are brutal, horrific life-killing moments at every shore in this globe," the 60-year-old said at a Paris screening of a documentary on the Holocaust.

"As much as I don't feel children should be separated from their parents at the Mexican-American border, nor do I think they should be dying on boats or at the shores on every other border around the globe," said the star of "Basic Instinct".

"This is a problem in every country of the world. Children are dying in boats, and dying on your shores... It's a problem of lacking humanity, no matter where you are."

Stone lamented "how terrorism is literally scaring the humanity out of us, how the terrorists are teaching us to turn our backs on each other".

The comments came as Italy's far-right Interior Minister Matteo Salvini paid a surprise visit to Tripoli on Monday in his fight to block migrants.

In the United States, President Donald Trump on Sunday reinforced his hardline stand on migrants despite an about-face on family separations that has seen more than 500 children reunited with relatives.

He said in a tweet that "we cannot allow all these people to invade our country".

Stone was speaking to journalists at the end of the Paris Art and Movie Awards where she screened a short documentary "An Undeniable Voice" directed by Price Arana about Sam Harris, believed to be the youngest Holocaust survivor.