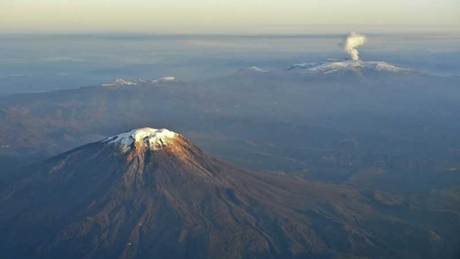 It blamed the glacier loss on "extreme events associated with natural phenomena and climate change."

If things go on like this the snow and ice covering atop Santa Isabel, a volcano in the Cordillera Central mountains, could vanish over the next 10 years, said Omar Franco, the head of the institute.

In the last two years alone, Colombia has lost six percent of its glacier mass, the institute said.

Environment Minister Luis Gilberto Murillo said Colombia has much to lose in global warming because in the whole world it is ranked second only to Brazil in terms of biodiversity.

"We call on countries that are big emitters of greenhouse gases to live up to their commitments," Murillo said.

Colombia is a relatively low-level emitter, he added, "but even so, it has impacts on the country."