Trump's Many Trade Wars: A Summary 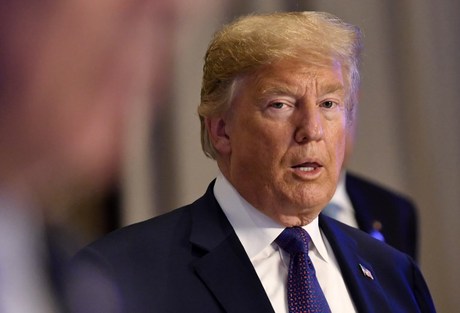 As the Group of 20 finance ministers and central bankers prepare to meet in Buenos Aires, the United States is likely to face intense questions over its aggressive tariff policies.

The US-China spat is the largest and broadest of several trade fights picked by President Donald Trump. The growing share of international trade under threat has raised the prospect the escalating trade war could harm the global economy, shrinking investments and undermining supply chains.

Here is a summary of Trump's multi-front trade conflicts:

- China -After weeks of apparently fruitless negotiations, the United States early this month imposed 25 percent tariffs on approximately $34 billion of Chinese mechanical and technological products, sparking an immediate response from Beijing, which said it would hit back dollar for dollar.

A second tranche of $16 billion in products is under review and could soon be added to the US measures.

And last week the US Trade Representative announced the list of another $200 billion in Chinese export goods that will be targeted for 10 percent tariffs as soon as September.

The goods targeted ths time are as varied as fish, grains, luggage, plywood, carpets, stone, ceramics and glass as well as products made from copper and nickel.

Trump has warned he could ratchet his measures up to $450 billion in Chinese imports -- the vast majority of what China sells to the United States in a year -- if Beijing continues to retaliate.

The US tariffs which took effect this month target a wide range of Chinese goods -- including aircraft parts and computer hard drives -- that Washington says have benefited from unfair trade practices.

Beijing also has filed a complaint in the World Trade Organization against the US actions.

And despite sharp and repeated criticism of the global trade body the United States strived to create, Washington filed a WTO complaint against the retaliation by China and others.

- European Union -On June 1, Trump made good on several months of threats and imposed tariffs of 25 percent on steel and 10 percent on aluminum from the EU, Canada and Mexico.

Trump has said the European Union is "possibly almost as bad as China" when it comes to trade, as a raft of retaliatory tariffs from Brussels came into effect on June 22.

From blue jeans to motorbikes and whiskey, the EU's hit-list of products targeted the most emblematic of American exports.

Europe also is worried Washington will follow up on a threat to impose punitive levies on imported cars, something the powerful German car industry particularly fears.

European Commission President Jean-Claude Juncker is due to meet with Trump in Washington on July 25, and White House economic adviser Larry Kudlow said he may bring "a very important free trade offer" to lower barriers.

- Canada and Mexico -Canada and Mexico, members of the North American Free Trade Agreement (NAFTA) with the US, have not been spared the Washington offensive on steel and aluminum and have imposed their own counter-tariffs on US goods.

Trump and Canadian Prime Minister Justin Trudeau traded barbs over the steel tariffs at a farcical summit of the Group of Seven richest countries last month.

Meanwhile talks among the three NAFTA signatories, launched after Trump demanded an overhaul of the "terrible deal," have snagged notably owing to US demands to increase American content installed in duty-free autos.

However, Mexico's firebrand President-elect Andres Manuel Lopez Obrador, known as "AMLO," has vowed to work with the United States to revise the trade pact and Commerce Secretary Wilbur Ross said Thursday those talks could get underway "quite quickly" given the change of rhetoric.

The country has informed the WTO it plans to impose retaliatory measures on US goods to the tune of 50 billion yen (395 million euros, $455 million), after failing to persuade Washington to exempt it from the tariffs.

- Iran -Trump announced in May he was abandoning the 2015 nuclear deal with Iran -- which will mean new sanctions on Tehran and punitive measures for those who trade with it, including buying oil.

Several companies -- including Total and Peugeot of France, and Russia's Lukoil -- have said they are preparing to exit Iran ahead of US deadlines, the last of which is November 4.

Washington initially rejected requests for exemptions from the sanctions for oil importers, but in recent days has said it is open to limited waivers while the companies wind down imports.