If the Face Fits: Tokyo 2020 to Deploy Facial Recognition 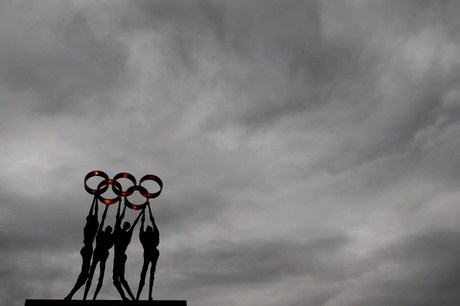 Hundreds of thousands of Tokyo 2020 athletes, staff and reporters will be scanned by cutting-edge facial recognition technology in an Olympic Games first, organizers said Tuesday.

About 300,000 athletes, staff members, volunteers and reporters will be required to use their ID card and be verified with the facial recognition system to access venues.

It will be rolled out across all facilities -- including the 43 competition venues, athlete lodgings and media centers -- but would not be used for spectators, organizers said.

"It is the first time facial recognition will be deployed for all people involved in the Olympics at all venues," Olympic security chief Tsuyoshi Iwashita told reporters.

"Higher security is needed for people involved in Olympics as they enter important areas. They also go in and out of venues so we decided to introduce the system for smooth entry," he added.

This will be especially practical for the Tokyo Olympics as the venues are scattered widely around the massive Japanese capital, Iwashita added.

The technology takes only 0.3 seconds to match up a face with a pre-registered photo, said Masaaki Suganuma, an official at NEC, which claims this is the world's fastest such system.

In an experiment conducted last year, access using an ID card and facial recognition was 2.5 times faster than using barcodes and visual checks as at previous Olympics.