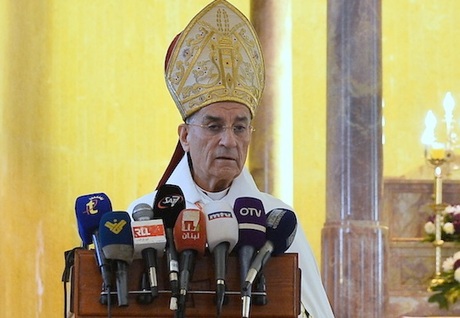 Maronite Patriarch Beshara al-Rahi on Sunday blasted the country's political leaders for the ongoing delay in the Cabinet formation process.

“Why are things deadlocked in Lebanon? Isn't it because officials are running after their interests and calculations, and perhaps foreign diktats, without giving the least consideration to public welfare, the people or the state's interests?” al-Rahi said in his Sunday Mass sermon.

“What justifies the delay in the government formation process other than personal and partisan interests and the bickering over the distribution of portfolios at the expense of public interest?” the patriarch added.

He also lashed out at officials for “disregarding the aggravating economic and social situations without exerting any effort to lay out a salvation plan.”