UK's Richest Man Forced Out of the Shadows 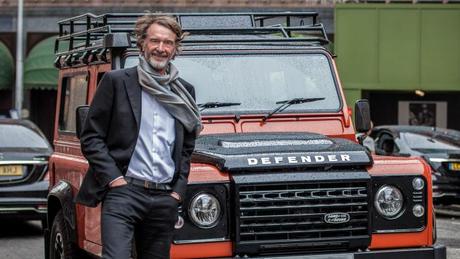 Reclusive titan of industry Jim Ratcliffe has found himself under unusual scrutiny after being declared Britain's richest man, with his political leanings and tax affairs coming under the microscope.

The 65-year-old head of the Ineos chemicals group has assets worth an estimated £21 billion ($26.7 billion, 23.5 billion euros), putting him top of the 2018 Sunday Times rich list.

He was only 18th on last year's list but the value of his company, of which he owns 60 percent, soared last year, propelling him up the ranks and earning him a knighthood from Queen Elizabeth II.

It is a long way from his humble beginnings, growing up in social housing in Manchester, northern England.

After earning a chemistry degree from the University of Birmingham and an MBA from the London Business School, Ratcliffe began a 40-year career in the business world at investment company Advent International before creating Ineos in 1998.

The company went on to become an industrial juggernaut in a country increasingly dominated by the service sector.

Chemicals manufactured by Ineos are found in various everyday products, from shower gel to medication.

Ineos grew through acquisitions, including the $9 billion purchase of petrochemical group Innovene, a subsidiary of BP.

He acquired the giant Grangemouth refinery in Scotland as part of the deal, where he was soon plunged into battle with unions.

The group's tactics have led to accusations of asset stripping, but Ratcliffe told the BBC's HARDtalk program in 2016 that it merely pursued "management with more cost effectiveness."

Ratcliffe is also a strong advocate of shale gas, organizing in late 2016 the arrival from the United States of the first cargo destined for Britain.

The entrepreneur even tried his luck finding reserves at home, but progress has been slow in a country reluctant to embrace the shale revolution.

Ratcliffe has continued to diversify his group, entering into the automotive sector with the aim of building the successor to the rugged Land Rover Defender car.

The group will decide in the coming months whether assembly will take place in Britain or on the continent.

The marathon-running entrepreneur has also invested in the Belstaff motorcycle-clothing specialist and Swiss football club FC Lausanne, despite being a Manchester United fan.

Despite his success, Ratcliffe has long-remained a "secret" and "lonely" character, earning nicknames such as "JR" -- in reference to manipulative oil baron in the U.S. TV saga "Dallas" -- and James Bond villain "Dr. No", according to a 2014 Financial Times profile.

Privacy is also a hallmark of his Ineos group, which is not listed on the stock exchange and therefore has no obligation to disclose its accounts.

However, the businessman has made his views known on the thorny issue of Brexit, coming out as one of the few bosses to support the move to leave the European Union, like fellow entrepreneur James Dyson.

"The Brits are perfectly capable of managing the Brits and don't need Brussels telling them how to manage things," he told the Sunday Times a year before the June 2016 referendum.

Despite his professed patriotism, Ratcliffe has shifted his fortune to Monaco, according to British media, taking advantage of the principality's generous tax regime.

The move put him in the sights of pro-EU politicians, who accused him of hypocrisy.

"It's strange for someone who presents themselves as highly patriotic and has been given honors to move to a notorious tax haven," Liberal Democrat leader Vince Cable told The Times.

"It's unfortunate that when we make a song and dance about a national hero who's investing in the UK, they disappear to Monaco."

Tax concerns had already led him to relocate the headquarters of his company to Switzerland in 2010, before returning to London in 2016, saying he wanted to demonstrate his confidence in Britain's post-Brexit economy.