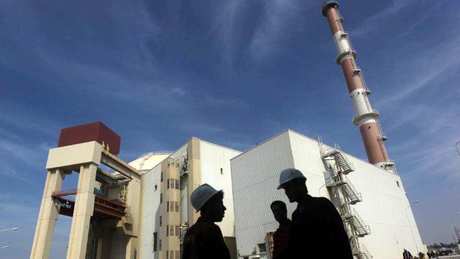 - US walks away -Donald Trump pulls the United States out of the landmark nuclear pact between world powers and Iran on May 8, reinstating Washington's sanctions on Iran and companies with ties to the Islamic republic.

"The Iran deal is defective at its core," he says.

Washington warns other countries to end trade and investment in Iran and stop buying its oil or face punitive measures, and threatens foreign companies from dealing with Tehran.

But other parties to the deal -- Britain, France, Germany, Russia and China -- say Iran has abided by its commitment and that they are determined to save the agreement and ensure continued economic benefits for Iran.

- Threats to resume enrichment -On May 12 Foreign Minister Mohammad Javad Zarif says Iran is preparing to resume "industrial-scale" uranium enrichment, which is limited by the accord, unless Europe provides solid guarantees to maintain trade ties reinstated under the deal.

Washington warns on May 21 that Iran will be hit with the "strongest sanctions in history" unless it capitulates to a series of demands aimed at curbing its missile programme.

On May 30 the US places several Iranian state groups on its sanctions blacklist, accusing them of serious human rights abuses and censorship.

On June 4 Iran notifies the International Atomic Energy Agency of the launch of a plan to increase its uranium enrichment capacity.

- Five powers stand by deal -A top US official says on July 2 that Washington is determined to force Iran to change behaviour by cutting its oil exports to zero, confident the world has enough spare oil capacity to cope.

On July 6 Tehran's five remaining partners vow in Vienna to back "the continuation of Iran's export of oil and gas".

On July 16 EU countries reject the US demand that they economically isolate Iran and move to give European firms legal cover to operate in Iran.

Iran calls on the UN's top court, the International Court of Justice, to order the United States to immediately lift sanctions, claiming they are causing "irreparable prejudice".

- War of words -On July 22 Rouhani tells the US it should not "play with the lion's tail" and warns any conflict with Iran would be the "mother of all wars".

Trump responds with an all-caps Twitter tirade warning against making threats to the United States, "OR YOU WILL SUFFER CONSEQUENCES".

On July 30, however, Trump says he is ready to meet Iranian leaders "anytime they want" and promises "no preconditions".

- Sanctions and repercussions -On August 7 Washington reimposes sanctions on Iran, which Trump describes as the "most biting ever".

Within hours German carmaker Daimler says it is halting its business activities in Iran. On August 14 British group Quercus, an investor in renewable energy, says it too will cease all its activities in the country.

It makes the French energy giant the latest in a string of major international companies to pull out, including Deutsche Telekom, Deutsche Bahn and Air Liquid.