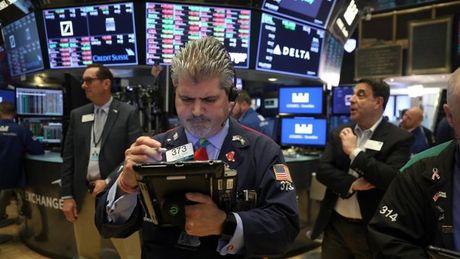 While not expecting a major deal when officials from Beijing and Washington meet, investors are hopeful they can find a way out of the months-long row that has seen tariffs imposed on billions of dollars of goods and stock markets tumble.

Recent comments from US Commerce Secretary Wilbur Ross, signalling plans to delay a final decision on whether to impose duties on auto imports, have also provided some cheer.

Tokyo ended 0.6 percent higher and Hong Kong added 0.5 percent in the afternoon, while Seoul and Taipei each put on 0.1 percent and Wellington closed up 0.5 percent. Manila and Jakarta were also well up.

However, Shanghai finished 0.7 percent down while Sydney shed 0.3 percent, with political uncertainty in Canberra adding to selling pressure.

Cohen also said he had been directed to do so "at the direction of a candidate for federal office" and with the aim of influencing the election.

The claim could put Trump in legal jeopardy and throws open the prospect Cohen is about to open up to lawyers for the Russia investigation.

However, Richard Harris, chief executive officer at Port Shelter Investment Management, said he thought Trump would ride out the storm.

"I don't think that what we saw... in terms of Manafort and Cohen are necessarily fatal to the president," he told Bloomberg TV.

"There are quite a lot of things that could continue and he could still ride them out. It takes an awful lot to impeach a president and it may take an awful lot for Trump not to be elected for a second term."

On currency markets the dollar continued to stutter after Trump's negative remarks about the Federal Reserve's interest rate rises, extending losses against most other units.

The pound was one of the best performers against the greenback, breaking above $1.29 for the first time in almost two weeks after top European Union negotiator Michel Barnier said officials would now work non-stop on Brexit talks, which are in their final stage.

"Barnier essentially said if the UK wants a deal they have to abide by EU rules -- sounds like Brexit in name only and hard to get through the UK Parliament, surely," he said in a commentary.