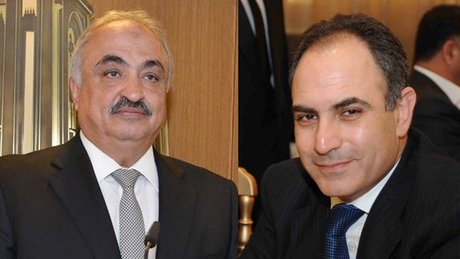 Lawmakers from the blocs of President Michel Aoun and Prime Minister-designate Saad Hariri on Wednesday exchanged tirades over the delay in the Cabinet formation process.

“Dear PM-designate, it is true that the Constitution does not stipulate a deadline, but what's more correct is that it is not written due to the simple fact that it is linked to the regularity of the state's functions,” Strong Lebanon bloc MP Ziad Aswad tweeted, adding that the current government should not continue acting in caretaker capacity indefinitely.

“The deadline of commitment, the ethics of governmental work and keenness on the work of state institutions is shorter than any written deadline,” the MP added.

Al-Mustaqbal bloc MP Mohammed al-Hajjar was quick to snap back on Twitter.

“But the ethics of political action require facilitating the formation process, not obstructing it. You can ask your president,” the MP added.

Aoun and Hariri themselves have traded veiled jabs in recent days.

On Monday, the president noted that Hariri “is the one who will form this government, whereas the president's jurisdiction is to approve and sign.”

“That's why the PM-designate must take the initiative and begin forming the government,” Aoun added.

Hariri hit back on Tuesday, saying “the issue of the government's formation is everyone's responsibility” and warning that he could soon name those who are “obstructing” the formation process.

we are near a "civil war" among politicians, let it be.

southern, do you work? You comment as soon as the article appears; I mean within seconds?

it is his job; he gets paid to post.

Sorry Mr al-Hajjar but you are wrong in your comparisons. Mr Jreissati is former SSNP while Mr Aswad is former SLA, yeah admittedly the differences are subtle but they are there.

You deserve each other.