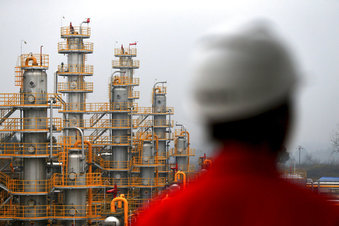 China's biggest oil producer PetroChina said Thursday its net profit more than doubled in the first half of the year as global crude prices soared.

Net profit surged 113.7 percent from the same period last year to 27.1 billion yuan ($4.0 billion), the company said in a statement to the Hong Kong Stock Exchange, where it is listed.

PetroChina, 86 percent-owned by its unlisted and government-controlled parent China National Petroleum Corp (CNPC), said the profit surge was due to the rise in crude prices.

"The fundamental supply and demand in the global oil market were on the tight side. The average international oil prices increased substantially as compared with the same period of last year," PetroChina said.

"PetroChina may continue to benefit from a rise in the price in the second half."

But it also warned that "uncertainty of international crude oil prices will increase due to trade frictions and geopolitical tensions" in the second half this year.