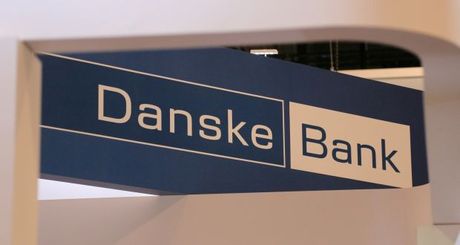 The bank's market value dropped by 1.6 billion euros (over $1.8 billion) in one hour of trading after the Financial Times reported that up to $30 billion from Russia had been laundered through Danske's subsidiary in 2013 alone.

"We are not able to verify the specific information mentioned in the media," Danske Bank said in a statement.

The bank has been at the centre of a financial scandal since Danish daily Berlingske last year claimed that it had been involved in the laundering of around $3.9 billion of dirty money from several eastern European countries.

But after seeing bank statements dating back to 2007 and 2015 from 20 companies with accounts in Danske's Estonian branch, the paper reported in early July that the figure was actually more than twice that.

Denmark's state prosecutor for serious economic and international crime Morten Niels Jakobsen said in August that Danske Bank was being investigated and prosecutors would determine whether charges would be pressed.

Danske has launched an internal probe of its own regarding the allegations, and it plans to publish its findings before the end of the month.

It has also pledged to cooperate with the prosecutor's investigation.

"As we have previously communicated, it is clear that the problems related to the portfolio were significantly larger than we originally anticipated when the investigations began," the bank said.

Danske is in the company of other major European banks that have been ensnared in massive laundering scandals in recent years including France's BNP Paribas and Germany's Deutsche Bank.