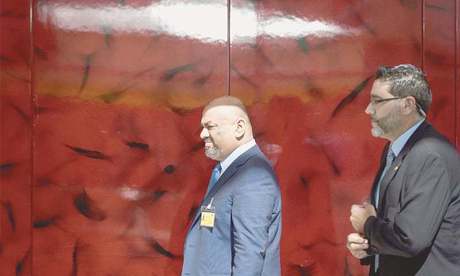 Yemen's foreign minister slammed a UN envoy Saturday for "appeasing" Huthi rebels by not squarely blaming them for the failure of peace talks in  Geneva.

"I believe that the words of the Special Envoy... were unfortunately appeasing the coup plotters and giving them excuse," Khaled Yamani told reporters shortly after UN envoy Martin Griffiths announced that talks scheduled this week had ended after the rebels failed to show up.