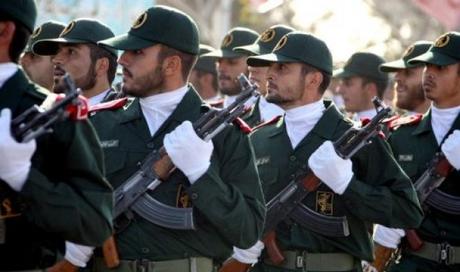 "The terrorists' headquarters... was successfully struck by seven surface-to-surface rockets on Saturday by the missile department of the Guards' aerospace force," it said on its Sepah News website.

The statement added that their drone division was also involved.

At least 11 members of the Kurdistan Democratic Party of Iran (KDPI), which is blacklisted as a "terrorist" group by Tehran, were killed in the rare cross-border attack, a medical official told AFP on Saturday.

"The punishment of transgressors was planned following the recent months' wicked acts by terrorists from the Kurdistan realm against the Islamic republic's borders," the Guards' statement said.

The KDPI had recently clashed with Revolutionary Guards forces in the towns of Marivan and Kamyaran in Iran's own Kurdistan region, the statement added.

The Kurdish group was holding a meeting at the time of the missile strikes, and the party's secretary general and his predecessor were injured, according to one of its officials.

The headquarters is in Koysinjaq, around 60 kilometres (35 miles) east of Arbil, capital of Iraq's autonomous Kurdish region.

"Eleven KDPI members were killed and 30 wounded by Katyusha rockets fired on their headquarters in Koysinjaq," according to Kamran Abbas, director of the city's hospital.

The KDPI is Iran's oldest Kurdish movement and has seen several of its leaders assassinated by Tehran in the past.

No violation of Shia Iraq's sovereignty?