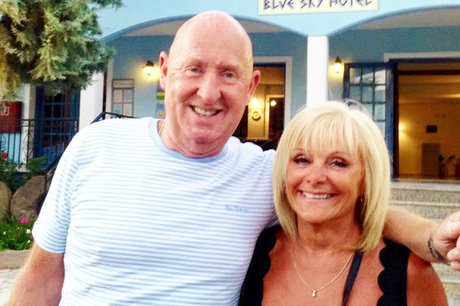 A British couple who died on holiday in Egypt last month succumbed to the effects of an E. coli infection, an Egyptian coroner's report said Wednesday.

John Cooper, 69, died on August 21 "because of severe intestinal catarrh that resulted from E. coli bacteria," said the report released by the Egyptian attorney general.

Cooper's condition was "made worse" because he was "suffering a hypertrophy of the heart and narrow coronary arteries," the report added.

The report also said "ethyl alcohol and hashish were found in his blood test."

The death of Cooper's wife, Susan, who also fell ill in their hotel room, "was caused by a start of hemolytic-uremic syndrome that probably resulted from E. coli," the report added.

The couple died at the five-star Steigenberger Aqua Magic Hotel in Hurghada after falling ill suddenly during an all-inclusive stay at the Red Sea resort.

"The lab tests of the samples has proven negative for any food poisoning microbes," the report added.

Travel operator Thomas Cook moved all its other customers from the hotel after the couple died in what their daughter called "suspicious" circumstances.

Thomas Cook said in a statement on Wednesday that it "notes the announcement today by the Egyptian prosecutor on the results of the autopsies of John and Susan Cooper."

"We have not yet seen the full report and we will need time for our own experts to review it.

"We are deeply saddened by the tragic deaths of John and Susan Cooper. We will continue to offer every support to their daughter Kelly and the rest of their family," the statement added.

The holiday firm said last week that high levels of E. coli were found during tests by independent experts at the hotel.

The tests on food and hygiene standards detected "a high level of E. coli and staphylococcus bacteria", the operator said in a statement.

Thomas Cook blamed the high levels of E. coli and staphylococcus for raised level of illness recently reported among guests.

But it said it would "await the results of the autopsies being conducted by the Egyptian authorities," saying the experts who carried out the tests in the hotel and a doctor did not believe that the results "shed any light" on the cause of death.

An examination of air and water quality at the hotel showed no evidence of carbon monoxide.

Dangerous strains of E. coli are typically spread by raw or undercooked ground meat, raw milk or vegetables contaminated by infected faeces, according to the World Health Organization.

Egypt's key tourism industry has been recovering from a devastating blow in 2015 when jihadists bombed a Russian airliner carrying holidaymakers from the Red Sea resort of Sharm el-Sheikh, killing all 224 on board.

Ya msakeen visiting Egypt is bad enough but eating their food too? that's just suicidal.

What a report! The Egyptian coroner found a lot of things:)