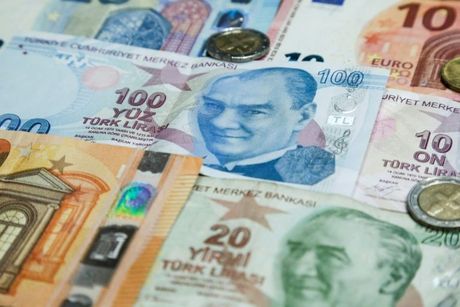 President Recep Tayyip Erdogan on Thursday ordered by decree that property agreements must be made in Turkish lira, in a new bid to prop up the beleaguered currency.

In the decision published in the official gazette, Erdogan ruled contracts for the sale, rent and leasing of property in or indexed to foreign currencies would not be allowed.

Current agreements in foreign currencies must be changed within 30 days, it said.

Rental and sale agreements are often conducted in foreign currencies in the retail sector, and also to foreigners living in Turkey.

There may be exceptions decided by the treasury and finance ministry headed since July by Erdogan's son-in-law and ex-energy minister, Berat Albayrak, the decree added.

The move comes after the lira's drastic fall in value against the US dollar last month during one of the worst diplomatic rows between NATO allies Washington and Ankara.

The US hit two Turkish ministers with sanctions over the detention of an American pastor and President Donald Trump doubled steel and aluminium tariffs on Turkey.

The Turkish currency lost nearly a quarter in value against the greenback in August.

But there had been fears over the health of the Turkish economy -- which economists say is heading for a recession after a slowdown in the second quarter of 0.9 percent compared to 1.5 percent in the first quarter of this year.

There is also alarm over the direction of monetary policy under Erdogan who has railed against interest rates as "the mother and father of all evil".

The nominally independent central bank is expected to raise interest rates in an announcement at 1100 GMT on Thursday with economists expecting a hike but not of the magnitude to satisfy the markets.