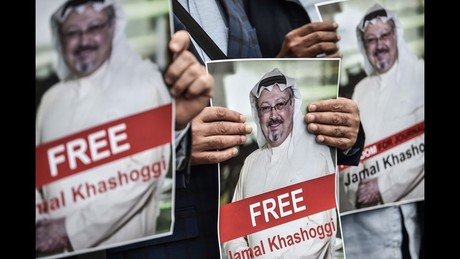 US President Donald Trump has said Saudi Arabia could be behind the disappearance of missing journalist Jamal Khashoggi and warned Washington would inflict "severe punishment" if that is the case.

"We're going to get to the bottom of it and there will be severe punishment," Trump told CBS's "60 Minutes" program, according to an extract of an interview that was released on Saturday.

"As of this moment, they deny it and they deny it vehemently. Could it be them? Yes," Trump said in the interview, which was conducted on Thursday.

The network said it will air the interview in full on Sunday evening.