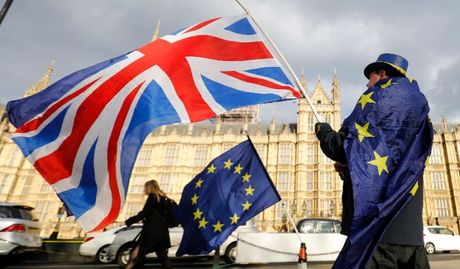 The European Union has published the 585-page draft Brexit deal aimed at ensuring a smooth divorce next March and outlining a transition period for both sides to adjust to the break.

The Irish issue proved to be the main hurdle in 17 months of intense and bitter negotiations amid fears the return to a hard border could endanger the peace process.

Following are the deal's main points:

The deal outlines a "backstop" arrangement to prevent the return of border checks between Northern Ireland and Ireland if the sides fail to agree a free trade pact after a 21-month transition period.

In a bid to allay British concerns that Northern Ireland would be split from the rest of Britain, the two sides agreed to an EU-UK single customs territory.

Northern Ireland would follow EU single market rules on the movement of all products, including agricultural goods.

With the UK applying the EU's Customs Code in Northern Ireland, Northern Irish businesses would bring goods into the single market without restrictions.

The draft also stipulates that the Northern Irish economy retain unfettered access to the rest of the UK.

At London's request, Northern Ireland will apply all the rules of the single market for electricity.

In the single EU-UK customs territory, UK goods will enjoy tariff and quota free access to the remaining 27 EU countries.

To ensure competition is fair for manufactured goods, there are provisions on state aid, competition, taxation, social and environmental standards.

Both sides have given themselves until July 1, 2020 to outline a deal to replace the backstop. If one is not ready by then, they could extend the transition period.

At any point after the transition period, either side can rule that the arrangement is no longer necessary, but they must take the decision together.

During a transition period ending on December 31, 2020, EU law will apply to give national administrations and businesses time to prepare for new ties.

This means the UK will continue to participate in the EU Customs Union and the Single Market.

It allows Britain continued market access to the remaining 27 EU countries but it must respect the rules on free movement of goods, capital, services and labour.

The British government will lose the right to vote on any decisions taken by the 27 other member states, the European Commission and the European Parliament.

EU and UK citizens, as well as their family members, can continue to live, work or study enjoying equal treatment to host nationals under the respective laws.

It covers all such citizens who arrive before the transition period ends. They will maintain their right to healthcare, pensions and other social security benefits.

Covering Britain's outstanding financial obligations to the bloc, it calls for a fair settlement for UK taxpayers that the British government estimates to be up to £39 billion (44 billion euros, $51 billion).

Disputes between businesses or other entities will be consulted on in a joint committee and, if no mutually agreed solution can be found, it will be resolved by an independent arbitration panel.

With longstanding Spanish claims to Britain's neighbouring Mediterranean outcrop of Gibraltar, all sides sought to defuse any future tensions.

The deal provides for Spanish-British cooperation on citizens' rights, tobacco and other products, environment, police and customs matters.

It sets the basis for administrative cooperation for achieving full transparency in tax matters, fighting fraud, smuggling and money laundering.

The deal aims to ensure no disruption or loss of rights for the 11,000 Cypriot civilians living and working in the areas of the British sovereign military bases.

It aims to ensure that EU law will continue to apply in the base areas, including on taxation, goods, agriculture, fisheries and veterinary and phytosanitary rules.

It oversees the UK's withdrawal from Euratom, the EU treaty on nuclear energy, protects intellectual property, including trademarks as well as more than 3,000 EU geographical indications.

Separate from the divorce agreement, the two sides still have to negotiate their future relationship, particularly on trade.