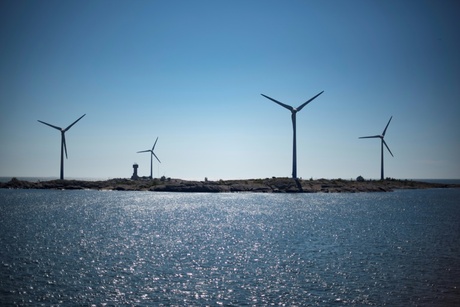 Environment-friendly finance is blooming thanks to investors willing to weigh profits against ecology, but decisions about meaningful investments can be complex.

At first sight the idea of "green finance" as a vehicle to protect the environment or help businesses in their transition towards a more sustainable future seems non-controversial.

But in fact, green finance lumps together a dizzying array of options and a debate is raging over which ones are truly worthy of green investor money -- and which aren't.

What about, say, oil companies? No way, respond critics, pointing to the damage that the exploration and use of fossil fuel has done to the planet.

But others say it would be ecologically responsible to help petroleum majors shift towards a greener future by developing alternative energy sources.

Nuclear energy is another hot potato. The industry was once unanimously reviled as the arch enemy by the environmental movement, but some now admit that the absence of damaging greenhouse gases from nuclear power stations has given them pause.

A decade after the launch of the early green bonds -- long-term borrowing for environmental projects -- investors' options have grown dramatically, but the share of green instruments in global finance is still small.

"Green bond issuance in 2018 so far have reached $156.8 billion, which is around two percent of the global bond market," said Frederic Gabizon, head of Debt Capital Markets at HSBC France.

"This may seem marginal, but growth has been exponential since the start," he said, adding that investors needed to take the long view given the slow pace of green infrastructure growth.

Pressure from civil society, governments and private citizens has prompted money professionals to look beyond purely financial motives as they respond to green investor interest, and to polish their image along the way.

It is true that green investments rarely outperform traditional placements in terms of short-term yields, but modern investors seem to be taking a broader view than just monetary returns.

"There is no point in earning a lot of money if you can't breathe the air," he said.

There is no binding global regulatory framework as yet for green finance, but most professionals apply the so-called "green bonds principles" issued by the International Capital Market Association to their own operations.

In a wind farm project, for example, the borrower must prove that the money really was used for the farm's construction, and be able to provide an exact measure of the project's environmental impact.

"Today in Europe, I believe more than 95 percent of green bonds issued in the market will carry some sort of external review," he said.

This trend, he said, was particularly important to combat "green washing", the attempt to put an environment-friendly spin on practices that are actually harmful.

"Even if the methodologies have not all been standardised, we are starting to have tools to tackle the complexity of this subject," said Sandrine Enguehard, a green finance specialist at French bank Societe Generale.

"You can't just limit yourself to measuring pollution at the end of an exhaust pipe," she said.

Experts say evaluating the carbon footprint of a wind turbine is relatively easy, but what about the complexity of measuring the environmental impact of an urban rehabilitation programme?

"As an investor, you have to do your homework, spend some time to be sure it isn't green washing," said Bram Bos, a green bond portfolio manager at NN IP, an asset management firm.

Green washing is, however, still very common, according to the French Social Investment Forum, an association promoting responsible finance.

"Although outright lies are very rare thankfully, there are still bad practices and some people abuse the ecology argument," it said.

But if they do, they risk losing their good name in the investment community with serious consequences, according to Stephane Marciel, head of Sustainable Bonds at Societe Generale.

"Reputation is a very powerful weapon," he said. "If funds are not used properly, the borrower's reputation is ruined and they lose access to the market."