France: Anti-IS Coalition 'Has Job to Finish' despite US Withdrawal 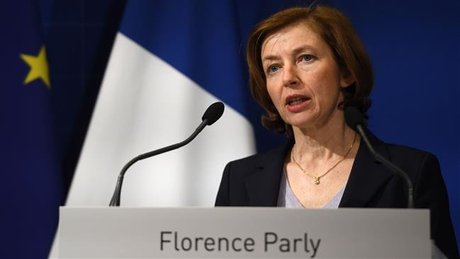 The international coalition fighting Islamic State (IS) in Syria "has a job to finish" despite US President Donald Trump's "very serious" decision to withdraw American troops from Syria, the French defence minister said Friday.

"President Trump says Daesh (an alternative name for IS) is dead, but we believe today that while the territory controlled by the caliphate is no longer what it was in 2014 (...) if it has been reduced to near nothing, there remains however a pocket where jihadists have bunkered down," she said.

"We consider that the job must be finished," she said, adding that failing to do so could mean IS groups might regroup.

Parly also suggested that implementing the withdrawal of 2,000 US soldiers from Syria should be discussed amongst the allied coalition, adding that "you can't withdraw troops from one day to another".

France has aircraft in the region, along with long-range artillery in position along the Iraqi-Syrian border.

Washington says France has also deployed special forces inside Syria, though France has never acknowledged this.

yes, it has a job to finish, a 'blow job'... Lol priceless! Trump just took everyone by surprise in this move, Bye MBS! I'm out of Syria and Yemen. take care.