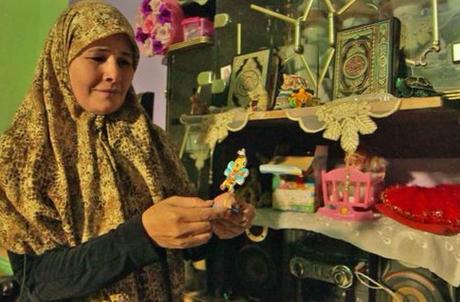 An Egyptian court on Thursday extended the detention of a woman accused of spreading false news by telling the BBC her daughter had been forcibly disappeared, a judicial source said.

Mona Mahmud Mohammad, also known as Umm Zubeida, was ordered to remain in jail for 45 days after prosecutors appealed a ruling on Tuesday to release her, the source added.

Mohammad has been in custody since March 2018 over accusations that she belonged to a "terrorist group" and spread false news.

She was featured in a BBC report aired in February last year saying her daughter had been the victim of a forced disappearance.

The report, which stirred a strong backlash from the government, also detailed other allegations of people being jailed, tortured or disappeared in Egypt.

Mohammad's daughter later appeared on a local television show saying she had run away from her mother, married and had a child.

Egypt's State Information Service, which regulates foreign media, had called on the British broadcaster to retract its report or face a government boycott.

The BBC responded that it stood by "the integrity of our reporting teams."

Rights groups have repeatedly accused Egyptian authorities of carrying out a widespread crackdown on dissent, but the government denies the allegations.