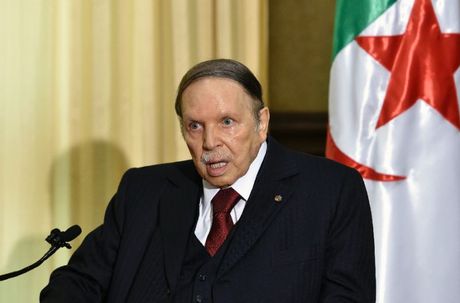 Algerian President Abdelaziz Bouteflika issued a decree on Friday calling a much anticipated presidential election for April 18 but without saying whether he will seek a new term.

The ailing 81-year-old, who uses a wheelchair and has rarely been seen in public since a stroke in 2013, is due to complete a fourth term in office on April 28.

Despite his advanced age and poor health, there have been calls from his supporters for him to stand for a fifth term.

But the president himself is yet to make his intentions clear.

By law, would-be candidates now have until March 4 to register with the constitutional court.

Uncertainty over whether Bouteflika will stand for re-election has frozen Algerian politics for months.

No candidate of note has thrown their hat into the ring while the president's intentions remain in doubt.

For the last presidential election in 2014, Bouteflika left it until just days before the deadline to register.

Algerian politics is notoriously opaque with the winner of every multiparty presidential election pre-selected by a shadowy elite, beginning in 1995 with victory by retired General Liamine Zeroual.

For this year's election, the membership of the kingmaking elite has changed.

During his fourth term, Bouteflika finally made good on a longstanding pledge to reduce the power of the traditional powerbrokers by disbanding the DRS intelligence agency in 2016.

But under his watch, business networks have become increasingly entwined with the political structure, leaving it difficult to judge with confidence who would be put to voters as the regime's anointed candidate in the event that Bouteflika does not run.

The president's brother and special adviser Said has been widely seen as Algeria's de facto ruler since Abdelaziz's stroke, which severely impaired the president's speech.

But many believe Said will wish to remain in the shadows behind the throne, rather than be the public candidate, should the incumbent throw in the towel.

Abdelaziz Bouteflika has proved himself a wily political survivor, navigating Arab Spring inspired riots in 2011 by promising reforms that were never enacted and by playing on fears of a repeat of Algeria's 1991-2002 civil war.

Bouteflika's stewardship was key to the country's emergence from that conflict, as he introduced a civil reconciliation programme that offered partial amnesty to Islamist extremists.

But his decision to seek a fourth mandate in 2014 after 15 years in power sparked both derision and criticism from those who questioned his ability to rule.

There has been constant speculation over his health and his fourth term has been marred by falling oil prices, exposing the country's heavy dependence on hydrocarbons.

But Abbes' words appeared premature, when he was forced to admit that he had simply asked the president whether he intended to run, without receiving an answer -- an admission that was followed by his resignation 15 days later on "health" grounds.

Some observers believe it will be difficult for the elite to settle on an alternative candidate, given that the poll date is looming.

"It is hard to see how another candidate could be promoted a few weeks before the start of the election campaign", said online media outlet TSA in mid-January.