Renault Board to Replace Ghosn on Thursday 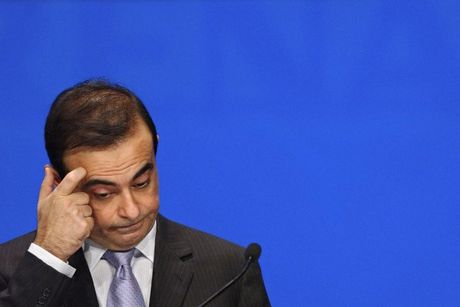 French carmaker Renault said Tuesday that it would hold a board meeting Thursday to name a replacement for its boss Carlos Ghosn, who remains in custody in Japan over alleged financial misconduct.

Sources close to the discussions told AFP that the company would put forward Thierry Bollore to replace Ghosn as chief executive and Michelin chief Jean-Dominique Senard as board chairman. Ghosn currently holds both roles.

Renault, part of a powerful alliance with Japanese carmakers Nissan and Mitsubishi, officially declined to comment on Ghosn's replacement, beyond confirming Thursday's board meeting.

Ghosn has already been stripped of his positions as chairman of Nissan and Mitsubishi in the wake of the allegations.

The French government, Renault's biggest shareholder with a stake of more than 15 percent, is particularly keen to see the company appoint a new leader.

Finance Minister Bruno Le Maire had last week demanded a board meeting "in the coming days" to name Ghosn's successor.

The Franco-Lebanese-Brazilian businessman, who was arrested on November 19, is set to remain behind bars for the forseeable future after a Tokyo court again denied him bail on Tuesday.

Prosecutors suspect he under-declared his income in official statements to Nissan shareholders between 2010 and 2015 to the tune of some five billion yen ($46 million), apparently in an attempt to avoid accusations that he was overpaid.

A separate but similar charge is that he continued to do this between 2015 and 2018, under-reporting his income by a further four billion yen.

He also faces a complex charge of seeking to shift personal investment losses onto Nissan's books and transferring company funds to a Saudi contact who allegedly stumped up collateral for him.

Bollore, who has been running Renault in the wake of Ghosn's stunning arrest, was named deputy CEO a day after he was taken into custody.

The 55-year-old has spent his entire career in the car industry, much of it in Asia.

This is seen at Renault as valuable experience in terms of smoothing fraught relations with its Japanese partners and developing business in China.

Senard, 66, has worked at tyre giant Michelin since 2005 and was the first non-family member to head the historic company. He was due to hand over the CEO role to his deputy in May.