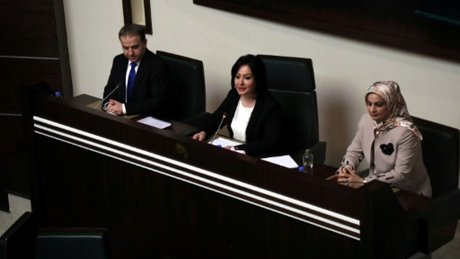 The parliament in Iraq's semi-autonomous Kurdistan region on Monday elected its first ever woman speaker as a temporary stop-gap while deep political rifts persist more than four months after legislative elections.

The head of the KDP bloc Haimim Hawrami said Farid was appointed "temporarily" until a deal can be reached with the rival Patriotic Union of Kurdistan (PUK) party on a permanent appointment.

The PUK has asked for more time to hash out thorny issues with its rival including the leadership of the disputed oil-rich province of Kirkuk.

Iraqi Kurdistan has faced political instability since a September 2017 referendum for independence backfired after it was rejected by Baghdad and international powers.

Iraqi forces took back oil-rich regions from Kurdish control in the wake of the vote, dealing a hammer blow to the authorities in the semi-autonomous region.