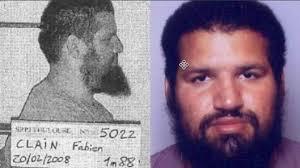 A top French Islamic State jihadist who became notorious after voicing an audio recording claiming responsibility for the November 2015 attacks in Paris has been killed in an overnight airstrike, security sources told AFP.

Fabien Clain, who is believed to have gone to Syria in March 2015 after being involved in recruiting volunteers for IS to fight in Iraq, was killed in the terror group's last Syrian redoubt, the sources said on condition of anonymity.