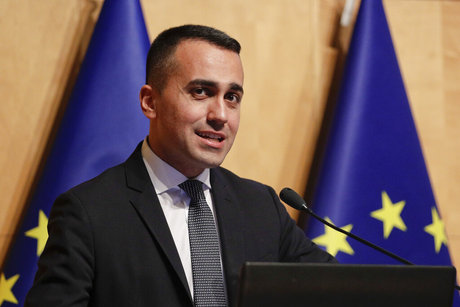 Italy's anti-establishment Five Star Movement (M5S) made the environment one of its main campaign themes in 2018.

But eight months after coming to power in a populist coalition with the far-right League, it has little to show for it, say environmental activists.

"We expected much more from them in terms of climate and the environment," admits Stefano Ciafani, national head of Italy's environmental lobby Legambiente.

No fewer than 52 pages were dedicated to the chapter on the environment in the M5S electoral program, the fruit of a wide-ranging consultation online with the movement's members.

Between the general election in March, and the drawing up of a "government contract" with the League at the end of May, "the environment, the green economy and zero waste" was cut to three pages.

But the toxic mix of Italy's colossal public debt and an economic downturn saw both parties prioritize their flagship measures -- pensions and an income support plan -- over the environment.

While the M5S had promised to pour in resources, the budget is set to be slashed once again in 2019.

"The high expectations raised by the Five Star Movement during the election campaign as regards the environment, energy and climate have been dashed somewhat," Ciafani says.

"This government's policies are geared to addressing three topics -- immigration, pensions and income support," he said.

"When the M5S was in favour of protecting the environment, it was ideological; it actually supported protests against any industrial project," Ciafani said.

"But now that they are in government they are faced with their responsibilities and are forced to make proposals, which they have never done."

The Movement has had to swallow a bitter pill in accepting the steel giant ArcelorMittal takeover of Italian steelmaker Ilva.

It had promised voters the site in Taranto in southern Italy -- one of the most polluted in Europe -- would be shut down and transformed into a renewable energy park.

The air pollution figures across the country make for gloomy reading, with "90,000 premature deaths due to smog" a year, according to the environment ministry.

Italy comes bottom in Europe for the number of inhabitants living in areas where air pollution limits are exceeded, according to the European Environment Agency.