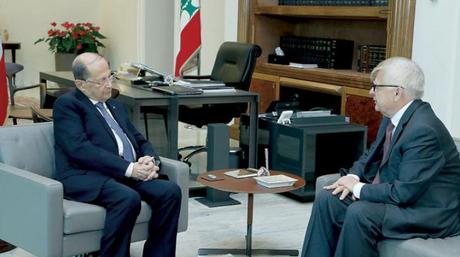 So our senile quisling will be told what to do on two counts from Putin:
1.Russia will expect you to provide assistance to the wealthy Syrians in Lebanon who support Bashar
2.Russia will also let you know when and what it will do with the offshore gas deposits, specifically in Block 9 now that Israel has explained to Putin.

Last but not least abide or you will be "putin" you out of a job post haste!