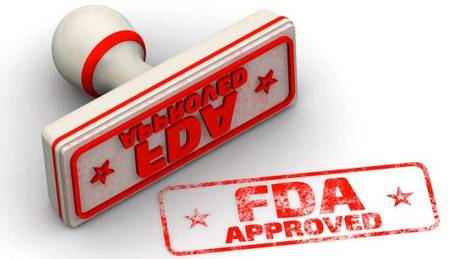 US regulators on Tuesday approved the sale of a new drug that could revolutionize the treatment of severe depression, giving new hope to sufferers who have not found an effective option.

The Food and Drug Administration (FDA) followed the recommendation of an expert panel and approved esketamine nasal spray, marketed under the brand name Spravato, by Johnson & Johnson's pharmaceutical unit Janssen.

FDA approval provides the first new mechanism in 30 years "to treat this debilitating mental illness," Janssen said in a statement.

The drug, designed for those who have tried at least two other medications, offers "a potential therapy for adults living with treatment-resistant depression," the company said, including help in combating suicidal thoughts.

Pierre de Maricourt of the Sainte-Anne Hospital in Paris, participating in two phase 3 trials for the drug, hailed the approval as "major evolution in the treatment of depression."

He emphasized the "significant effectiveness and speed of action" of esketamine, "in a few days, when it takes six to eight weeks for a conventional antidepressant."

Maricourt said the treatment would have to be administered at a medical facility to monitor the patient.

But others were concerned about overhyping the drug, and worried about approving it too quickly.

Kim Witczak, a consumer member of the FDA advisory panel, who voted against approval, cautioned that the rush to get the drug to market meant testing may have been insufficient.

The FDA applied restricted distribution (REMS) to the drug, including mandating that it only be administered under medical supervision and monitoring.

It said the restrictions were necessary "because of the risk of serious adverse outcomes resulting from sedation and dissociation caused by Spravato administration, and the potential for abuse and misuse of the drug."

However, Witczak said the REMS "are not enforceable and the drug companies are responsible for managing and reporting to the FDA."

Janssen said the FDA relied on five studies showing the nasal spray worked more quickly than many currently marketed anti-depressants, which sometimes take several weeks to have an effect.

Esketamine is related to ketamine, which is used as an anesthetic in humans and animals but also as a narcotic.

Janssen applied for authorization for Spravato from the European Medicines Agency (EMA) in October.

According to the World Health Organization, some 300 million people around the world suffer from depression, a disease that severely limits the ability to lead a normal daily life and can in the most severe cases lead to suicide, and Janssen said a third of sufferers do not respond to existing treatments.

The UN agency said each year nearly 800,000 people die by suicide, which is the second leading cause of death among 15-29 year olds worldwide.