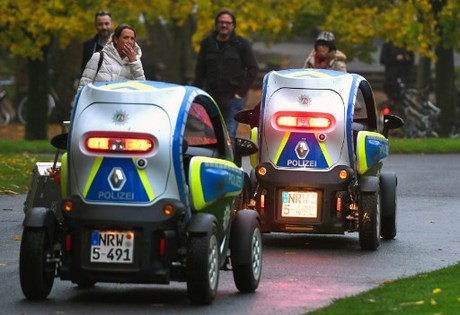 The United States overtook Europe to become the world's second largest market for electric cars last year, according to a report Wednesday that accused EU carmakers of holding back sales ahead of new emissions rules.

China remained in the top spot in 2018 with more than a million electric vehicles (EV) sold, followed by the U.S. with 361,000 and Europe with 302,000, according to an analysis by clean energy campaign group Transport and Environment.

The Brussels-based group said Europe's results were depressed because European car companies were delaying sales ahead of new strict EU emissions limits kicking over the next couple of years.

It pointed to the delayed launches of seven all-electric models in Europe as well as the fact that fewer new battery electric and fuel cell models were introduced last year than in 2017.

"EU carmakers have seen electric cars as a necessary evil to comply with regulation and evidence shows they've been suppressing supply and sales in 2018, in an attempt to protect their diesel business," said Transport and Environment analyst Lucien Mathieu.

"Meanwhile China is racing ahead and even (U.S. President Donald) Trump's America has now overtaken Europe thanks to the Tesla-fueled EV sales boom."

The new EU emissions limits, as well as Volkswagen's pollution-cheating "dieselgate" scandal, has caused demand for diesel-powered vehicles to plummet in Europe.

Automakers will risk being hit with heavy fines if they do not meet the more severe EU limits in 2020 and 2021.

Transport and Environment said the U.S. surpassed Europe due to a 120-percent surge in sales in the last three months of 2018, while Europe had a 33 percent rise over the same period.

"The car industry is gearing up to comply with the 2020-21 CO2 standard and will soon start boosting the sales of plug-in cars," he said.