Five Things to Know about Ukraine 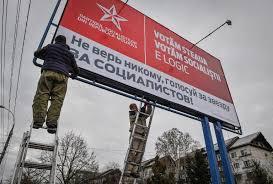 Ukrainians go to polls Sunday, with Volodymyr Zelensky, a 41-year-old comedian turned politician, set to win the leadership of a conflict-riven country seen as a buffer between Russia and the European Union.

Here are five facts about a country that in recent years has been brought to the brink by uprisings, war and loss of territory.

"Ukraine" literally means "on the edge" and its history has been closely tied to that of its giant neighbour, Russia.

Modern-day Russia and Ukraine are thought to share their origins in the ancient state of Kievan Rus, now the region around Kiev.

Much of what is now Ukraine was part of the Tsarist Russian empire although the western regions belonged at different times to various neighbours, including the Austro-Hungarian Empire.

The country later became part of the USSR. In the early decades of Soviet rule it suffered during a devastating famine known as the Holodomor caused by Joseph Stalin's policies.

Tensions between Kiev and Moscow have flared in the decades following the break-up of the Soviet Union in 1991.

After a pro-Western popular uprising led to the ouster of Russian-backed president Viktor Yanukovych in 2014, Moscow annexed the Crimean peninsula and supported separatists in the east of Ukraine.

With the start of the 2014 crisis, the Ukrainian economy went into freefall. That year, GDP dropped by more than 6 percent, and the following year it fell almost 10 percent. In 2015, inflation hit more than 40 percent.

The economy has since shown some signs of recovery but the country of 45 million people remains one of the poorest in Europe.

The country relies on transit fees for Russian gas towards Europe and Kiev has expressed concern it will be bypassed by new Russian energy projects.

During disputes in 2006 and 2009, Moscow cut supplies to Ukraine during the winter, sparking knock-on shortages in Europe.

Corruption is endemic in Ukraine and all major candidates for the presidency have vowed to tackle it.

The NGO Transparency International puts Ukraine at 120 out of 180 countries in terms of public perception of corruption -- better than its 2014 rating of 142, but well below its EU neighbours.

According to a Gallup poll, just nine percent of Ukrainians have confidence in their government, the lowest in the world.

There is public frustration at what is seen as an out-of-touch, corrupt political elite -- which explains the meteoric rise of politician Zelensky.

Anti-corruption campaigners regularly suffer physical attacks. Activists say they have recorded around 100 such attacks over the past four years.

Thirty people were killed in an explosion and many hundreds died of related illnesses, though the exact figure remains disputed. Soviet authorities initially tried to cover up and play down the disaster.

Eventually 350,000 people were evacuated from within a 30-kilometre radius around the plant, an exclusion zone that remains uninhabited, apart from some 150 elderly residents who returned despite an official ban.

Authorities now say it will only be safe for humans to live there again in 24,000 years.

While some in the West think of borscht as synonymous with Russian cuisine, Ukraine claims the beetroot-based soup as part of its national heritage dating back to the 14th century.

A number of other dishes are contested by Russia and Ukraine, including Chicken Kiev. Some versions of its history attribute the invention of the dish to a Russian chef.