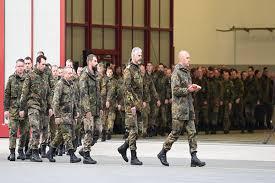 Germany has halted its training of soldiers in Iraq, a defence ministry spokesman said Wednesday, as tensions rise between neighbouring Iran and the United States.

"The German army has suspended the training," defence ministry spokesman Jens Flosdorff said, adding that there was "generally heightened alert, awareness" for soldiers currently operating in the region.

Flosdorff said training may well resume in the next days and that there was "no concrete threat" at the moment.

Germany has about 160 soldiers deployed in Iraq, including 60 in Taji, to the north of Baghdad, and 100 in Erbil, in Kurdish-controlled territory.