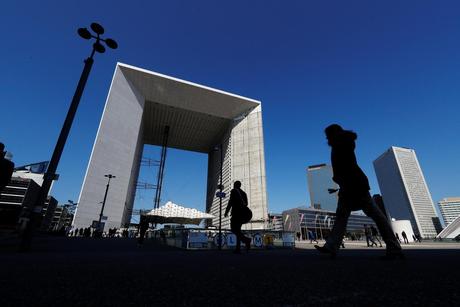 Macron, a pro-business centrist, has made cutting unemployment his main domestic priority and it has fallen gradually -- but unspectacularly -- since he took office in May 2017 when it stood at 9.4 percent.

France has suffered from chronic high unemployment for decades and the jobless rate is still far higher than in Germany and Britain, Europe's other two major economies.

German unemployment hit its lowest rate since reunification in 1990 in April, with only 4.9 percent of the workforce looking for a job.

British unemployment is at a 45-year low of 3.8 percent despite the economic turmoil created by Brexit.