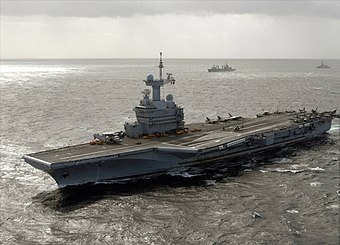 Tankers like those apparently attacked Thursday in the Gulf of Oman operate through increasingly treacherous waters, facing mounting dangers from piracy and collision as well as geopolitical hazards.

Around 60 million barrels of petroleum product move each day on the seas globally, according to the US Energy Information Administration.

And around a third of this volume passes through the Straits of Hormuz, a critical shipping passage.

This waterway is a principal route for crude exports from Saudi Arabia, Iran, the United Arab Emirates, Kuwait and Iraq. It is also a key route for natural gas exports from Qatar.

Other highly strategic waterways include the Strait of Malacca between Singapore and Indonesia, the Suez Canal in Egypt and the Bab-el-Mandeb strait, which connects the Red Sea to the Gulf of Aden.

"Blocking a chokepoint, even temporarily, can lead to substantial increases in total energy costs and world energy prices," said EIA in a 2017 report.

"Chokepoints also leave oil tankers vulnerable to theft from pirates, terrorist attacks, political unrest in the form of wars or hostilities and shipping accidents that can lead to disastrous oil spills."

Alexander Booth, head of market analysis at Kpler, said tankers are accustomed to traveling with pirates in their midst, especially in areas like the Strait of Malacca and the Gulf of Aden near Somalia.

"Historically, the biggest military or terrorist threat is piracy," Booth said. "Off the coasts of Somalia for instance, whilst they are going through certain areas, they would often broadcast the fact they have guards on board."

Booth said attacks such as those suspected on Thursday are "very rare."

Anthony Cordesman, a national security analyst at the Center for Strategic and International Studies, said Iran could do damage.

Iran "does not have to launch a major war," Cordesman wrote in an commentary on CSIS's website. "It can conduct sporadic, low-level attacks that do not necessarily provoke a major US or Arab reaction but create sudden risk premiums in petroleum prices and the equivalent of a war of attrition."

Still another risk has been Iran's move to shut off automatic identification systems to help tankers evade US sanctions on Iranian crude, said Matt Smith of ClipperData.

AIS is used by vessel traffic services and permits ships to know if other vessels are nearby.

"One new danger is the increased risk of collisions due to vessels switching off their AIS," Smith said.

In January 2018, the Iranian-owned Sanchi tanker carrying 136,000 ton of light crude oil caught fire after colliding with a bulk freighter in a deadly crash.

Shipping companies are aware of this and can change course as a result, according to Booth, who said routes can be shifted not just to shorten distances but also due to refinery activity, product specifications and economic factors.

"A cargo of products could turn around in the middle of the Atlantic half a dozen times before it actually ends up into its final destination," he said.

In all, some 94,000 freighters are navigating across the globe, according to the UN Conference on Trade and Development.

Another 5.6 percent of maritime traffic is made up of tankers containing liquefied natural gas and chemical products.