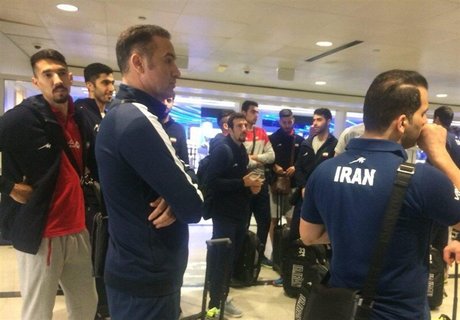 Iran charged Monday that the United States had "detained" its visiting volleyball team at a U.S. airport for several hours.

The foreign ministry's director for North America told Swiss ambassador Markus Leitner, whose country represents US interests in Iran, that the team was detained for about four hours at an airport in Chicago.

"If America cannot host all the teams fairly and neutrally, it better stop hosting sport events," the official told the Swiss envoy.

Iran's volleyball team is in the U.S. for the 2019 Nations League final six.

The team is set to play against Poland on Thursday and Brazil on Friday, and two out of six teams will face off next Monday in the final.

Iran and the United States cut diplomatic relations after the 1979 Islamic revolution.

Tensions between the two countries have escalated since Washington withdrew from a 2015 landmark nuclear deal last year and reimposed sanctions on Tehran.

State news agency IRNA said Iran's volleyball team had "visited the U.S. in previous years for various friendly or official games and never had a problem before."

No one forced Iran to attend and their team is ranked as one of the worst in the tournament and its not like they have a chance to win anything worth while. Furthermore go to Iran as an American and I am sure you will receive a lot more attention at the airport if your not accused of being a spy and thrown in jail. That is rich coming from a terror dictatorship!