Most Asian Markets in Retreat as Eyes Turn to Federal Reserve 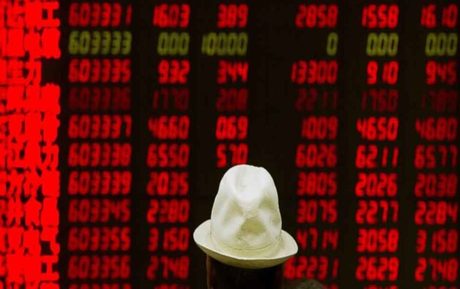 Traders globally ran for cover after the forecast-beating payrolls figures dealt a blow to hopes for a steep cut in borrowing costs, stopping in its tracks an equities rally and pushing the dollar higher.

The focus now turns to the release of minutes from the Fed's June policy meeting and the two-day congressional testimony of central bank boss Jerome Powell, while dealers continue to monitor developments in the China-US trade talks.

"The better-than-expected job rebound is forcing the market to rethink its pricing on the number of rate cuts," said OANDA senior market analyst Alfonso Esparza.

"Three was the group-think forecast, now moving down to two, but always with an eye on the US-China trade war and its possible negative impact on US growth."

The fading likelihood of a 50-basis-point cut in rates, as had widely been hoped, provided strong support to the dollar, which has held gains against the pound and euro while pushing to a more than one-month high on the yen.

But while the weaker Japanese unit helped Tokyo's Nikkei to positive territory in the morning, most other markets were in the red.

Hong Kong slipped 0.8 percent while Shanghai closed down 0.2 percent with observers pointing out that liquidity was being hit by preparations for the start of a new technology board on July 22.

"The pace of issuance and the timetable of trading debuts on the tech board are faster than the market expected," Jiang Liangqing, at Ruisen Capital Management in Beijing, told Bloomberg News.

Seoul fell 0.6 percent to extend a sell-off sparked by last week's decision in Tokyo to restriction exports used by South Korea's chip and smartphone companies, in a row linked to Japan's use of forced labour during World War II.

The stand-off has hammered South Korean titan Samsung Electronics and SK Hynix, crucial producers of memory chips. Samsung is down around five percent since Monday and SK Hynix is off more than three percent.

Sydney was 0.1 percent lower, while Wellington, Taipei, Mumbai and Manila were also down.

On oil markets, both main contracts were in negative territory as a pick-up in the dollar made it more expensive, while traders continue to fret over the impact of weaker global growth on demand.

However, the commodity was being supported by bubbling tensions between the US and Iran over the latter's nuclear ambitions and following the seizure of an Iranian tanker by Britain last week.

"The fact that Iran tension is not boosting prices more considerably continues to emphasise the market's singularly focused nature on the demand side of the equation," said Stephen Innes at Vanguard Markets.

Brent North Sea crude: DOWN seven cents at $64.04 per barrel