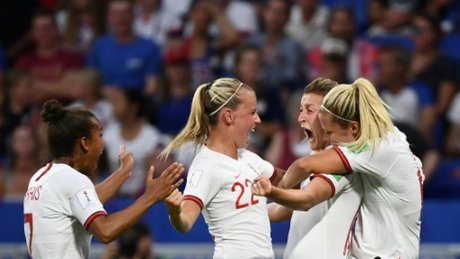 Manchester City and Chelsea will play their opening matches of the new Women's Super League (WSL) season at the Etihad Stadium and Stamford Bridge respectively as the Football Association (FA) seeks to build on the interest sparked by the women's World Cup.

City's derby meeting with Manchester United on September 7 and Chelsea's clash with Tottenham the following day will both be staged at the Premier League grounds with the men's top-flight on an international break.

The matches will be the first in the WSL for Manchester United and Tottenham who were both promoted from the Championship last season.

England's World Cup semi-final defeat to eventual champions the United States was watched on television by 11.7 million people, a record for a women's match in the United Kingdom.

"Following an exciting summer of women’s football and the Lionesses’ impressive form in France, we wanted to kick off the new season with a bang," said City's head of women's football Gavin Makel.

"Having the Manchester derby as our home opener was the perfect opportunity to play a game at the Etihad Stadium and welcome our seven Manchester City Lionesses home."

Fans can claim up to four free tickets for the London derby between Chelsea and Tottenham, while City are offering up to three free tickets for under-16s per paying adult, with adult tickets priced at £7 ($9).

City reportedly decided against making the game completely free of charge as they want fans to view the WSL as a product worth paying for.

Average attendances in the WSL last season were below 1,000.

It will be only the second time City's women's team have played at the Etihad, with the first coming during their successful Women's League Cup run in 2014.

England manager Phil Neville has previously called on Premier League clubs to open their grounds to women's games after the success of hosting matches in big stadia across Europe.

"The big teams in England have got to open their big stadiums and fill it," Neville told AFP before the World Cup.

"Let's blow the rest of Europe away because I think our game in this country is in a far better place than in Spain, Italy or Portugal."