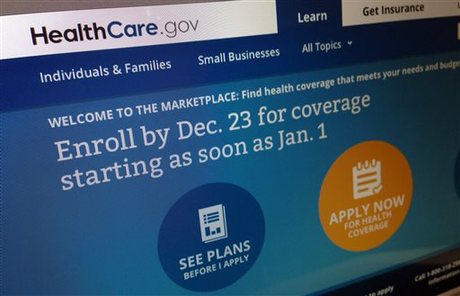 Former U.S. president Barack Obama's signature healthcare law, which has insured tens of millions of Americans, went before a federal appeals court Tuesday in a high-stakes case whose outcome could play a major role in the 2020 presidential campaign.

A three-judge panel of the 5th U.S. Circuit Court of Appeals in New Orleans was considering a lower court decision that found the bitterly contested law unconstitutional.

If they uphold the lower court decision, millions of Americans, many of them sickly or lower income individuals, would be in danger of losing their health care coverage.

Whatever happens, the case is likely to end up before the Supreme Court sometime next year -- dropping a politically radioactive issue into the middle of a heated presidential campaign.

Obamacare, formally called the Affordable Care Act, was one of the most consequential healthcare measures in U.S. history.

At the heart of the law was a mandate requiring Americans to buy health insurance if they did not already have it, or face a tax penalty.

Under President Donald Trump's 2017 tax overhaul, however, Congress eliminated the penalty for people who failed to sign up, and the three judges must decide whether that change invalidates the whole law.

Overturning the Affordable Care Act would be a dream come true for Trump, who campaigned on the promise to repeal the law but has so far failed to deliver.

The Texas federal court  that declared the law unconstitutional in December, based its decision on a 2012 U.S. Supreme Court ruling that found that the penalty was legal.

The judge in Texas said the mandate was "the keystone" and that in its absence entire law should be struck down.

The case pits 18 Republican-led states, backed by Trump, against 20 Democrat-led states, supported by the Democrat-majority U.S. House of Representatives.

The New Orleans court's decision is not expected for several months. The outcome will apply to all states, but is expected to be appealed to the U.S. Supreme Court.